1. For the VL-037 static line, the microline cord with sewn-on needles was replaced with a steel cable with pressed-in needles (pins). We have thus achieved higher accuracy during production, and we have also eliminated possible inaccuracy when packing the parachute (turning the pin).

2. In connection with the previous modification, we also shaped the plastic reinforcement of the inner flap and modified the upper flap of the OP-094 parachute container. We have thus ensured better storage of the needles (pins) of the release and the cable in the shaping. At the same time, we also achieved a more compact appearance of the packed parachute.

We firmly believe that you will appreciate these product improvements during their further use in the long term.
All the ATL-15 SL emergency parachutes with a delivery date after 1st July 2021 will already contain the above-described modifications. The prices of the emergency parachutes will not be affected.
Thank you for your support. We truly appreciate your business and look forward to serving you again. 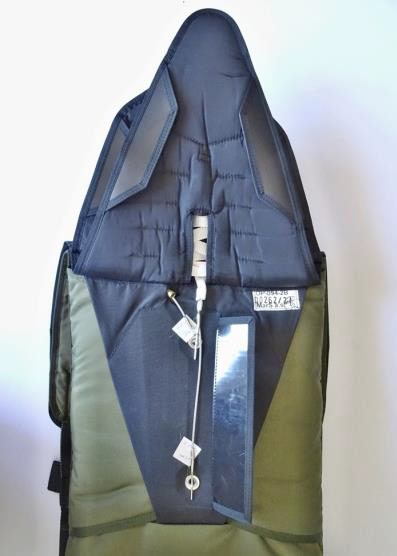